The family knew that she worked on Seafires, Barracudas and Swordfish and that she was posted to a Naval Air Station in Scotland, having turned down the opportunity to serve at Bletchley because she was very good at cryptic crosswords! Apparently she did not fancy being tied to the strict Official Secrets Act that she would have had to sign up to.

A query to the RNAS Lossiemouth Heritage group suggest two possible Air Stations she could have served at – RNAS Donibristle in Fife or RNAS Hatston in the Orkneys.

Apparently she told the family that she would always head straight to a Merlin engine and say how frustrating it was in the freezing Scottish air to retrieve a dropped spanner that had fallen into the cowlings of the engine which then had to be taken apart all over again!

Vera was very proud of her service. She spent the last year of her life in the RBL Nursing Home in Cromer, Halsey House but had left her family home in East Runton, the place where she was born, very reluctantly. 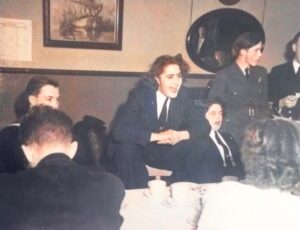 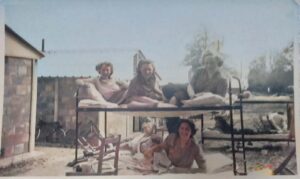