Lorna, is one of the last surviving people who ran the first computers in the world; the Colossus computers at Bletchley Park. At the time, women could join the Women’s Royal Navy Service (WRENS) but not the Royal Navy itself, offering administrative support to the War effort but not allowed to sea. Lorna joined the WRENS in 1943 and as a member of Bletchley Park’s ‘C Watch’ she played a pivotal role in defeating the German’s.

The Légion d’honneur was established in 1802 by Napoléon Bonaparte. It is France’s highest distinction and is awarded in recognition of both military and civilian merit. On the 70th anniversary of D-Day in June 2014, the French President announced that the distinction would be awarded to all British veterans who fought for the liberation of France during the Second World War.

Lorna was instrumental in setting up the Christchurch Branch of the Royal Naval Association and is an honorary life member. Her Shipmates from her RNA Branch arranged the ceremony for Lorna, with the support of her family.

Commodore Judith Helen & “Jude” Terry OBE is a senior officer of the Royal Navy. In May 2021, it was announced that she would be promoted to rear admiral in August 2022, thereby becoming the first woman to hold flag rank in the Royal Navy. 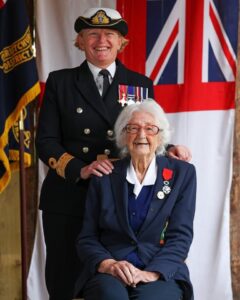 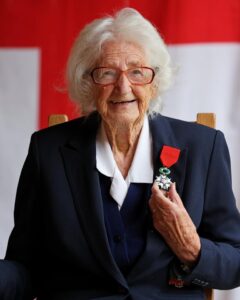 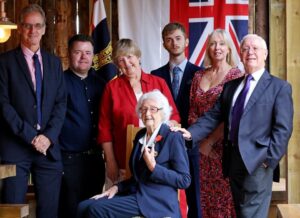 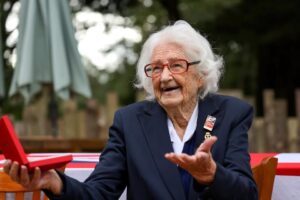